We have all heard the phrase “fairways and greens”. Here’s a way to look at it in strictly data terms and an explanation of how some imminent new data output numbers apply to you.

The averages of the rounds that score level par hit 63.6% of fairways, missed the short stuff 21.0% of the time (finding rough, bunkers and worse) and hit 62.4% of the par 3’s. That just the tee shots.

Having examined all rounds scoring between 7 under (and better) and 10 over – because even the tour pros have bad days too! – we identified all of the key stat averages within these 18 different scoring brackets; 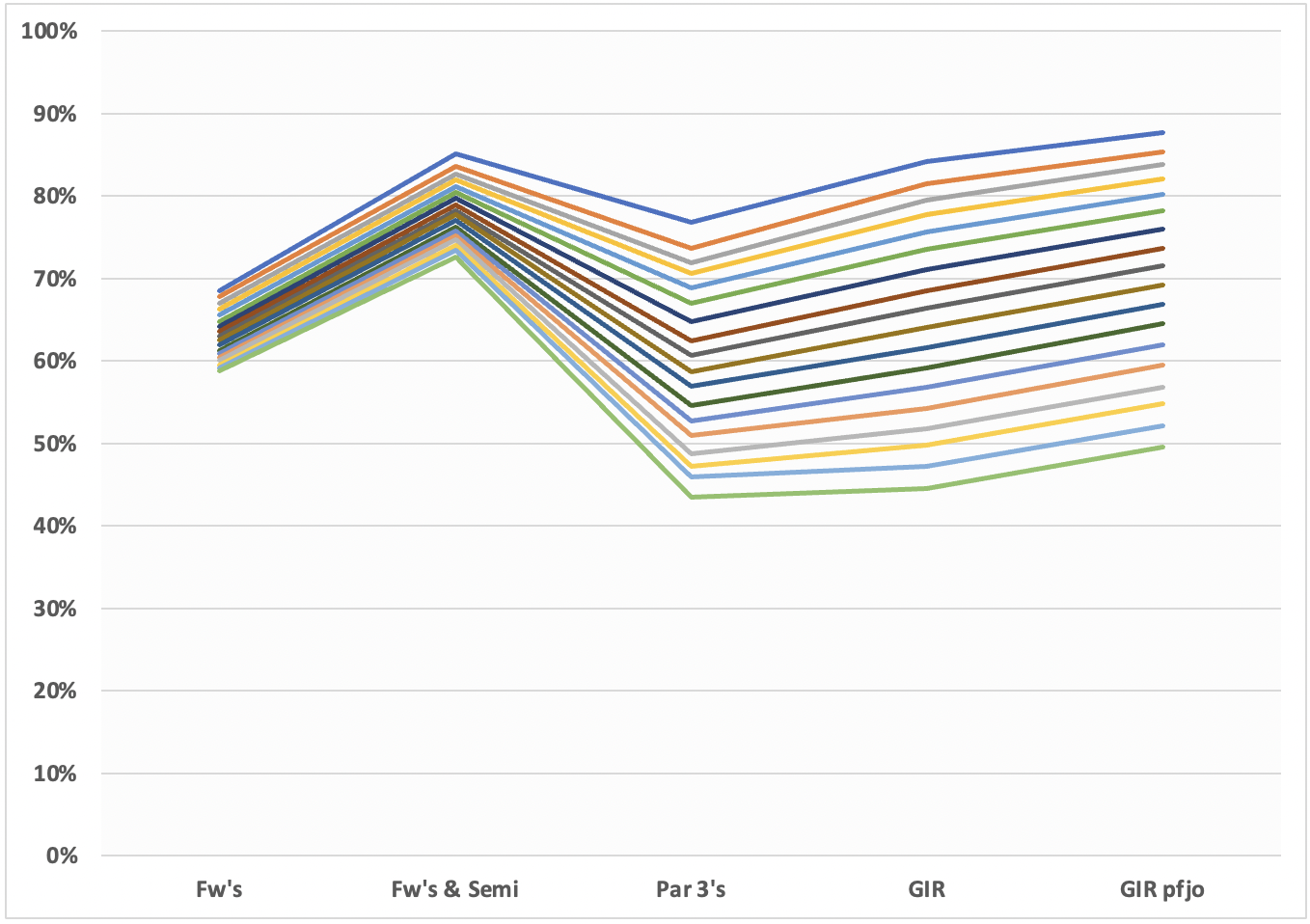 Within your appropriate sections on GDL, you will start to see your “fairways and greens” for these five Long Game stats next to the averages of all “scoring bracket rounds” closest to your stat, above and below.

This will be based on your YTD (year-to-date) but you can change it to any criteria you want.
You may only hit 8 of the 14 fairways in one round of golf or you may average 57.1% of fairways in a season. You will therefore see these words below your Fairways graph;

You only need to be hitting 10 of 14 fairways to see these words;

The average of all rounds scoring 7 under and better hit 68.5% of Fairways.
You hit 71.4% in this data sample.

Hit 9 of 14 fairways and you will see these words;

In your GIR section and below your graph, if you have been finding an average of 12 greens per Rd either for the year-to-date or for the selected rounds (ticks and check boxes, Apply Current Selection), you see these words;

Whatever your YTD or selected rounds stat average is, you will see the score of all the rounds immediately better and worse than yours.

The average of fairways hit is a very narrow band (viewed by Scoring brackets over three decades) but the differences become marked when we look at putting conversions by specific distances and by Short Game; pitching and chipping, bunker play, putts from off etc. We will be adding these, as well as the Approaches data, by the same “18-scores” criteria i.e. all Rds scoring -7 and better, -6, -5, -4 etc. … par, +1, +2 etc. to +9 and +10.

There seems to be a recent “fashion” or “trend” for some vested-interests-in-golf to make big declarations that this part or that part of the game is the “most important”. They often use fractions and decimal points to support their "big theories” but the tap-in still counts as the same one shot as the 342 yard drive does! There are also no fractions on the scorecard.

Our philosophy has always been that EVERY shot in golf is important and those who neglect any category of their game does so at their peril. There is no doubt that finding fairways and hitting greens makes better scoring so much easier and much as the “old” or “traditional” metric of Greens in Regulation seems to get a hard time from some, it has long been my conviction that it is, in fact, the MOST important indicator of effective ball-striking and indeed the biggest influence on success in golf.

If we wish to get pedantic or “overly-academic” – not in our spirit of keeping things simple – then I’m sure that we could debate my conviction but think about it, the GIR is a combination stat that encompasses at least four different shot types normally and sometimes more. The drive, the approach, the positional shot at long par 5’s where we can’t get home in two (or the recovery from a bad drive) and the par 3 tee shot all make up the GIR number. At short par 4’s, the second shot may be a short game shot or even a putt so a Green in Reg can be a combination of six different types of shot we play in golf and to go the whole hog, drive it into a bush at a par 5, penalty drop and an approach on to the green and the GIR can be made up of SEVEN different shot types.

Driving it straight – finding the Fairways and/or Semi – obviously makes hitting greens easier but we have all hit a great approach from the rough with a medium iron and at the next, missed the green with a wedge from the middle of the fairway… which Harry Bannerman nails with his infamous quip;

For those of us who don’t speak in the Doric tongue, “missing your mouth with a spoon” is how he correlates an elite player missing a green with a wedge in their hands. They all do it of course, just to varying, measurable (on GDL) degrees and for the youngsters who don’t recognise the name, Harry played in the 1971 Ryder Cup and secured 2.5 points (out of 5), the third highest of the GB & I team (pre Europe in those days) including a half v. Arnold Palmer in the singles. I’ve also heard him refer to it as “missing your face wi a fork”, LOL.

We think that this additional data output will help you drill in to your own strengths and weaknesses, a “built-in benchmark” if you will. One guarantee that you can rely on is that you will NOT be above average in all your stats nor will you be below average in all of them. After all, if you were, you would be scoring better or worse than you actually are! 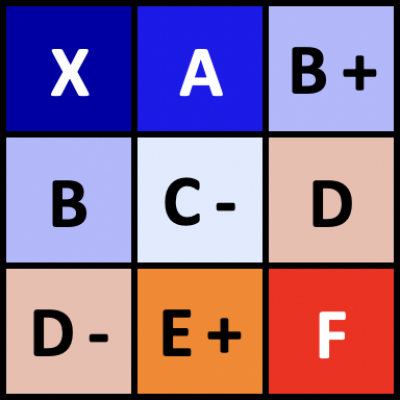